Play games from a wide variety of genres on the Death Drive Mk II console!

The stage ruled over by Electro Triple Star, a scientist who can control electricity. Make your way through mountain roads, rock quarries, villages, factories, and freeways to reach the Electro Tower in the heart of the city. 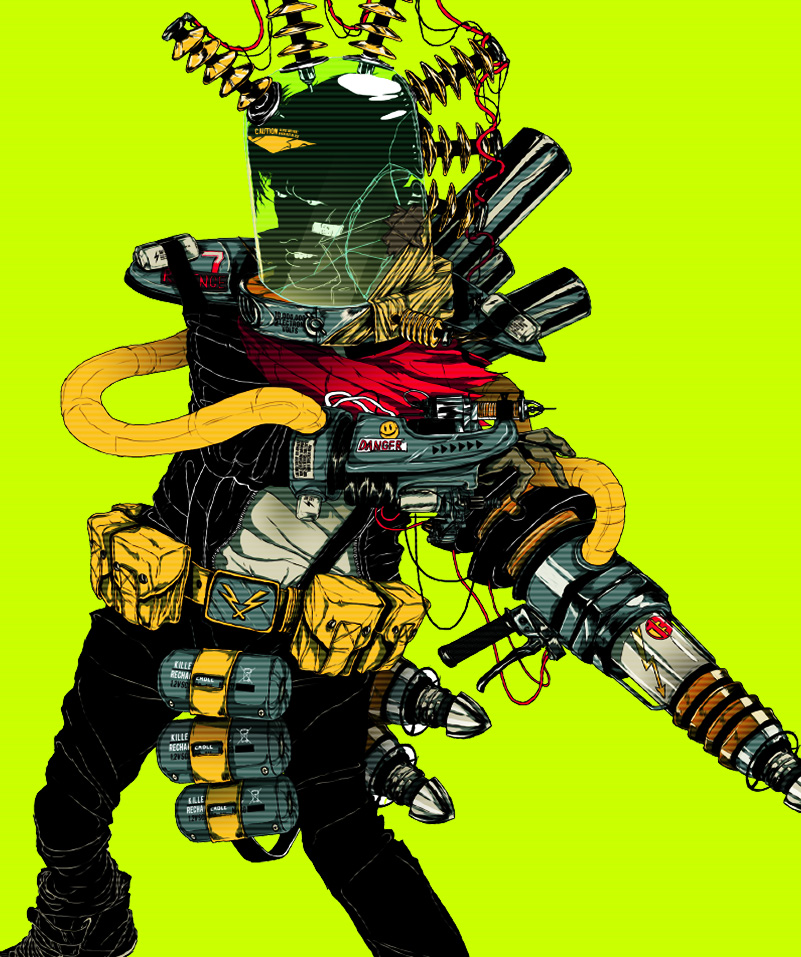 A world-class architect and electrotechnical engineer. He was the architect of Electric Speed City and lives in town with his beloved wife and two daughters. A huge fan of comic book heroes, he's been remodeling and modding appliances and electronics since he was a child. He loves electric-type weapons. He met his wife at the Toast Gym.

The stage controlled by the legendary serial killer, “Doppelganger”. Looking down from above at a residential neighborhood, turn the house panels to open the path to the goal. 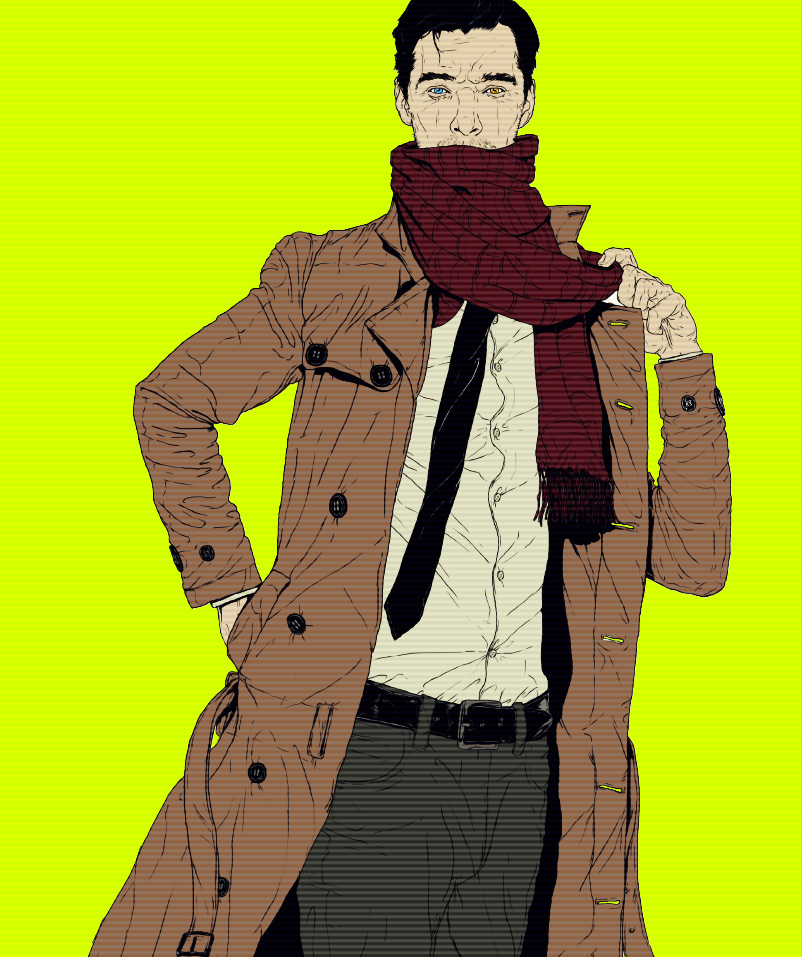 Doppelganger was once a social worker, helping young people who had fallen through the cracks of society. One day, something set him off, leading him to murder his wife and then all of the "garbage people" throughout the city, claiming 3200 victims as a newly-minted serial killer. His weapon of choice was a corkscrew.

A murder has occurred in the mansion inhabited by Brian Buster, Jr. Travis and Badman arrive at the scene to solve the crime. Their only clues the coffee and doughnuts left behind, they traverse the desert and forest in search of answers. 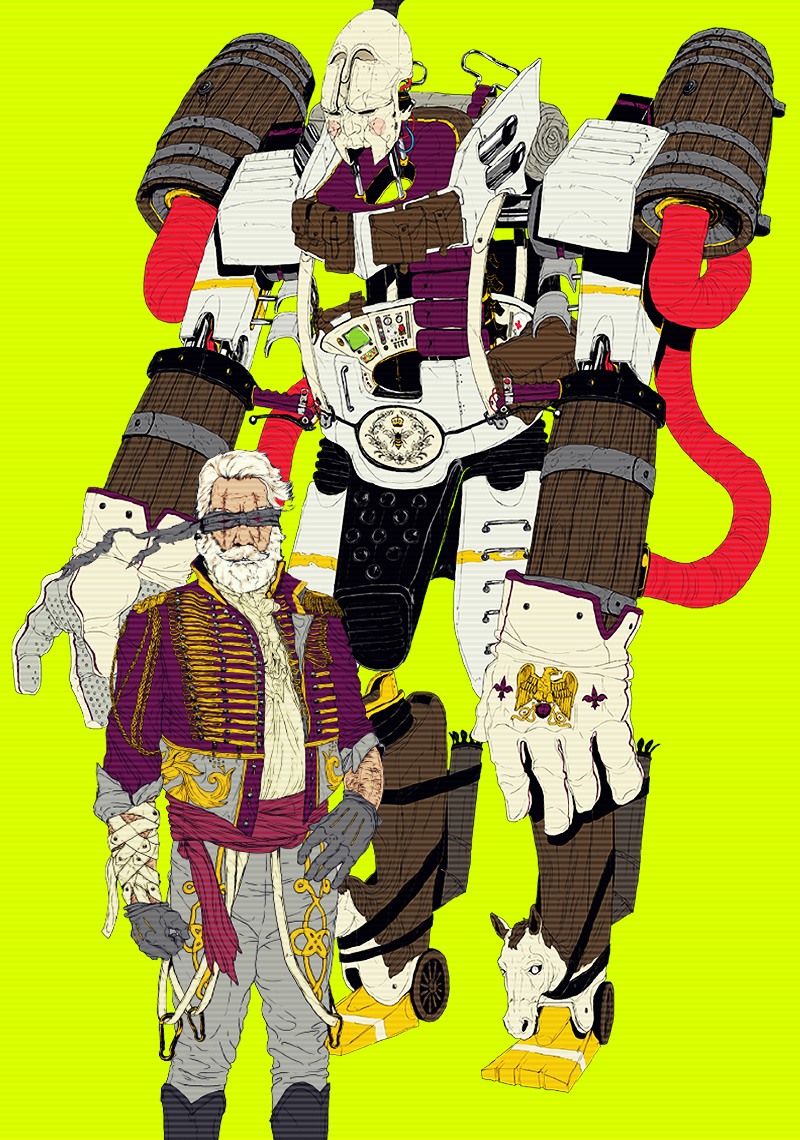 Prince and next in line to the throne of the small Scandinavian country of Ulmarc. After having both eyes gouged out and his father assassinated, he is able to meet his father once again - in the form of a robot. Quite a handsome man, he worked as a model while still in school.

A robot into which the brain of the 28th king of Ulmarc was transplanted. An almost legendary figure, also known as the "Wooden Suit", which was said to have been piloted by the first king of Ulmarc when he unified the kingdom.

In this stage based on the Golden Dragon GP race of the future, Travis must work part-time as a killer to make money to enter the race and mod his vehicle. Tweak your machine and rack up the wins to take on the champion, Smoking King. 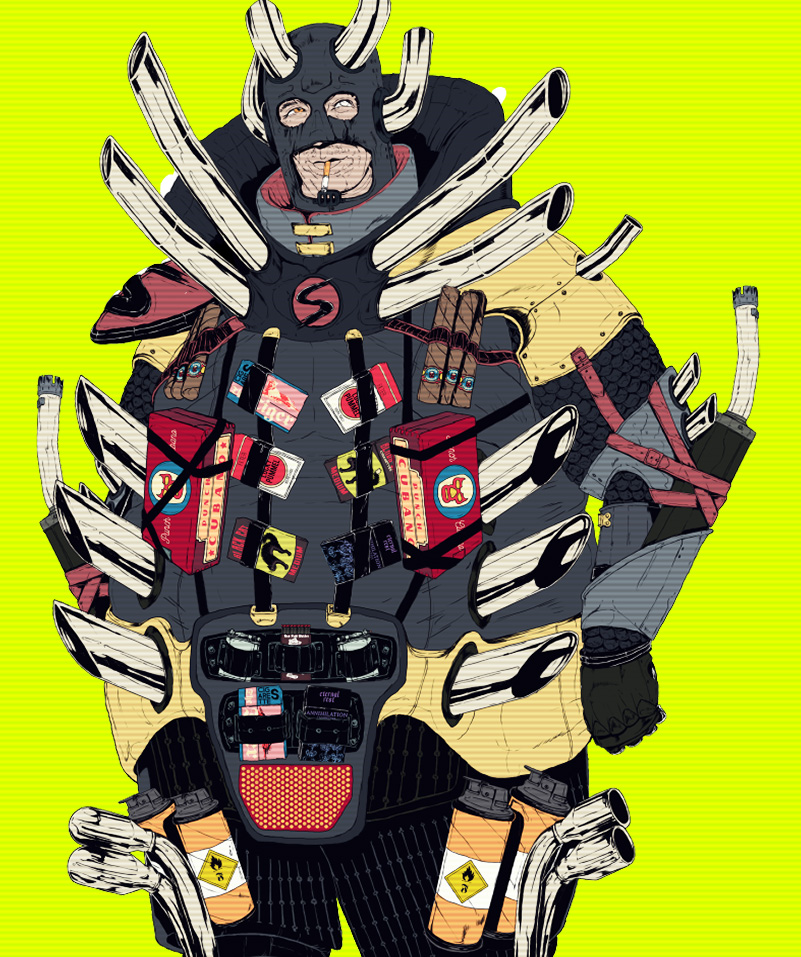 A former junior champion sumo wrestler. After teaming up with the Kinryu-gumi yakuza syndicate and becoming involved up in the brutal murders of said syndicate's rival family, he was able to get off by claiming self-defense - but was also forced to retire. Since then, he's acted as a bodyguard for the Kinryu-gumi while also racing for them in the Golden Dragon GP. While he races for the sake of making the Kinryu-gumi the world's top crime syndicate, he wears masks to prevent anyone from finding out his true identity.

A stage based on Shadows of the DAMNED. The main character and demon hunter Garcia has died, and his former partner Johnson the skull, reborn as a hero in the world in which Garcia died, appears as the character Eight Hearts. 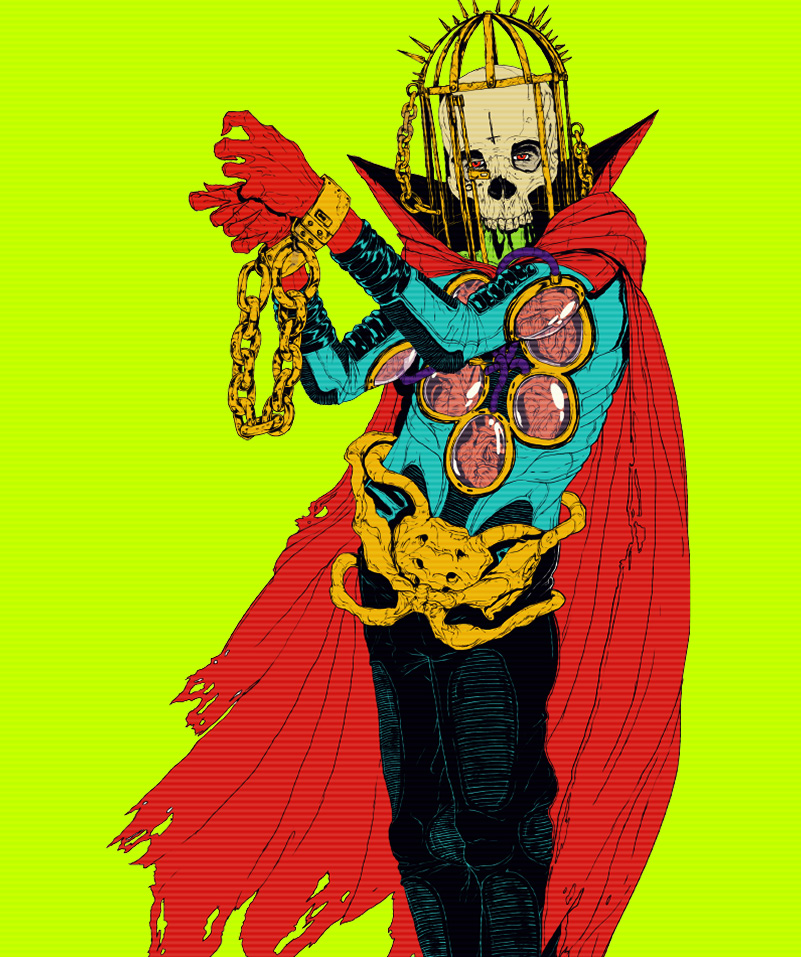 The reborn form of former demon/skull Johnson. Recognizable by his, uh, eight hearts. Able to transform into a variety of “guns” to launch attacks, just like Johnson did.

While at first this place seems to be inside the game world once again, it turns out you’ve actually been transported to the real-world CIA headquarters. Just what awaits you deep inside the CIA...? 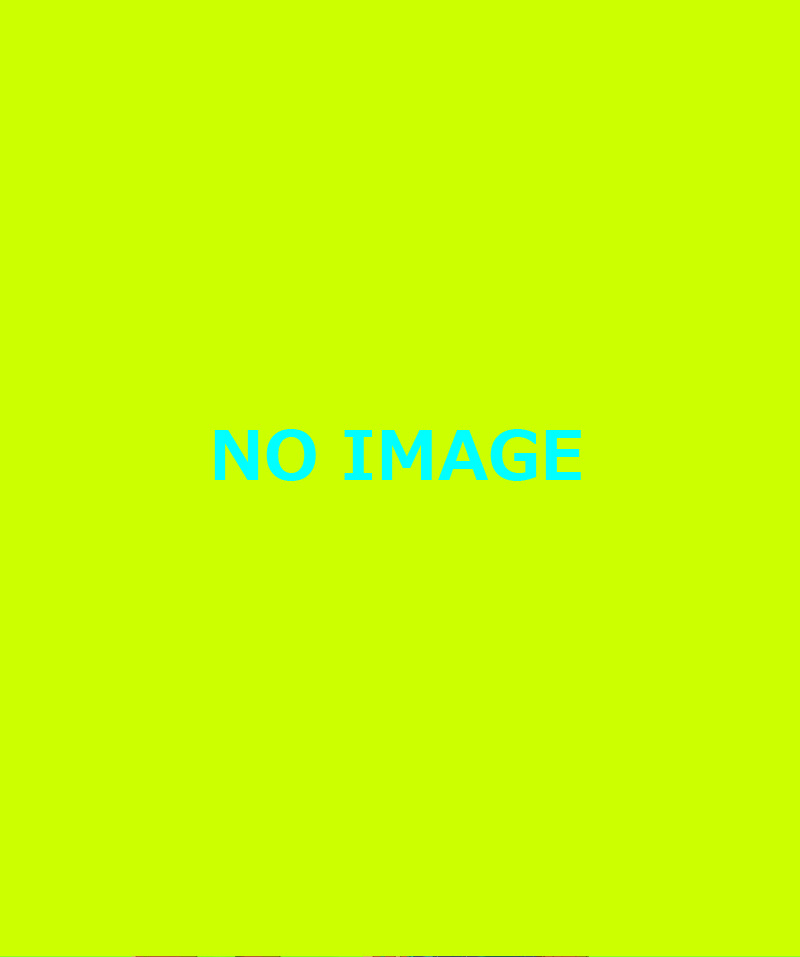 "Killer Marathon" - a sport from the near future in which convicted criminals are forced to run a marathon while massacring each other. Make a run for the finish line while navigating a course based on a pinball motif. A punishingly difficult stage chock full of all sorts of gimmicks awaits.

NB. On the Nintendo Switch™ version you will need to purchase “DLC #2 Bubblegum Fatale” to play “Killer Marathon”. 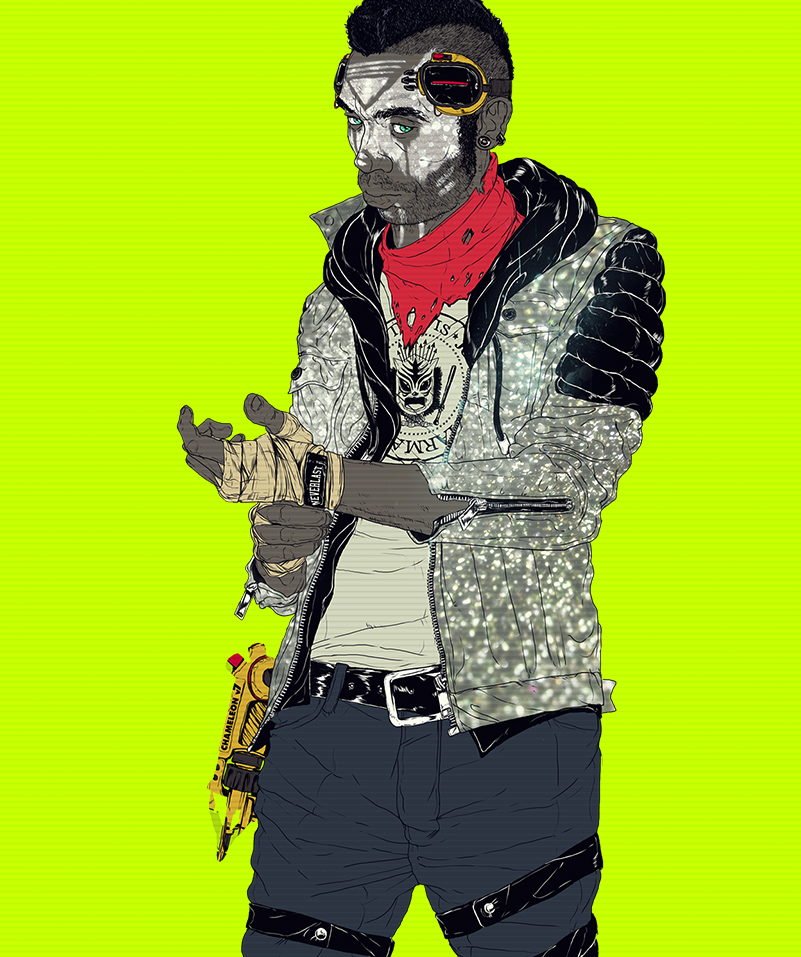 The undefeated champion of Killer Marathon.

While notorious for his instinctual love of mass murder, he is actually plagued by a very uncharacteristic problem.

Master of the Infinite Death Punch.